In antiquity, the starting point to discover principles was always an idea in the mind of the philosopher: sometimes observations were undervalued and some other times the Greeks were not able to make a sharp distinction between empirical observations and logical arguments.

Modern scientific method no longer relies on this technique; today science seeks to discover principles based on observations as a starting point. Likewise, the logical method of science today favours induction over deduction: instead of building conclusions on an assumed set of self-evident generalizations, induction starts with observations of particular facts and derives generalizations from them. Deduction did not work for some kind of knowledge. The Greeks, when necessary, looked at nature to get the answers they were looking for, but they still considered that the highest type of knowledge was the one derived directly from the intellect.

It is interesting to note that when observations were taken in consideration, it tended to be subordinated to the theoretical knowledge. An example of this could be one of the surviving works of Archimedes , The Method , which explains how mechanical experiments can help the understanding of geometry. In general, ancient science used experimentation to help theoretical understanding while modern science uses theory to pursue practical results.

The undervaluing of empirical observation and the emphasis on pure thought as a reliable starting point for building knowledge can also be reflected in the famous account in all probability apocryphal of the Greek philosopher Democritus who removed his own eyes so the sight would not distract him from his speculations. Aristotle was the first philosopher who developed a systematic study of logic. His framework would become an authority in deductive reasoning for over two thousand years.

Although he repeatedly admitted the importance of induction, he prioritized the use of deduction to build knowledge. It eventually turned out that his influence strengthened the over-estimation of deduction in science and of syllogisms in logic. The doctrine of syllogism is his most influential contribution to logic. A well known example is:. All men are mortal. This argument cannot be logically challenged, nor can we challenge its conclusion. However, this way of doing science has, at least, two failures. In the first place, the way the major premise works.

Why should we accept the major premise without question? This means that the conclusion of this argument is not a new insight but rather, something that was already implied either directly or indirectly within the major premise. Secondly, it does not seem to be an actual need to go through all this argumentation in order to prove logically that Socrates is mortal. Another problem of this way of building knowledge is that if we want to deal with areas of knowledge beyond the ordinary everyday life, there is a great risk of choosing wrong self-evident generalizations as a starting point of reasoning.

An example could be two of the axioms upon which all Greek astronomy was built:. These two axioms appear to be self-evident and they are supported by our intuitive experience. However, scientific ideas can be counter-intuitive. Today we know that intuition alone should never be the guide for knowledge and that all intuition should be sceptically tested.

The errors in the way of reasoning are sometimes hard to detect and the Greeks were not able to notice anything wrong with their way of doing science.

There is a very lucid example of this by Isaac Asimov:. There is something wrong with this reasoning, but the fault in the logic is not immediately obvious; and in more subtle cases, the error may be hard indeed to discover. Asimov, 7. After the Greeks worked out all the implications of their axioms, further progress seemed impossible. No amount of inductive testing can tell us that a generalization is completely and absolutely valid. A single observation that contradicts a theory forces the theory to be reviewed.

Many important scholars have blamed Plato and Aristotle for delaying scientific progress, since their ideas were turned into dogmas and, especially during medieval times, nobody could challenge their work while keeping their reputation intact. It is highly likely that science would have reached its modern state a lot earlier if these ideas had been open to review, but this by no means questions the genius of these two talented Greeks.

The mistakes of a gifted mind can appear to be legitimate and remain accepted for centuries. The errors of a fool become evident sooner rather than later. For one thing, it will be seen that state formation may itself be a product of the colonizing movement. Ancient Greek civilization. Article Media. Info Print Print. Table Of Contents. Submit Feedback. 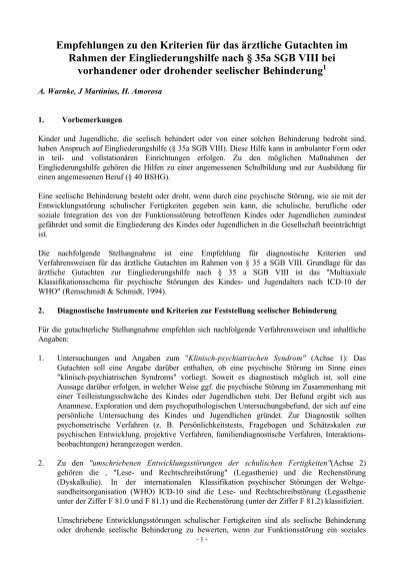 Thank you for your feedback. Written By: Simon Hornblower. Start your free trial today for unlimited access to Britannica. Load Next Page. More About. Articles from Britannica Encyclopedias for elementary and high school students. Since Plato believed that material things had an inferior kind of reality, he considered that we don't achieve demonstrative knowledge — that kind of knowledge we call science — by looking at the imperfect material world.

History of science in classical antiquity

Truth is to be found through rational demonstrations, analogous to the demonstrations of geometry. Aristotle — BC disagreed with his teacher, Plato, in several important respects. While Aristotle agreed that truth must be eternal and unchanging, he maintained that we come to know the truth through the external world which we perceive with our senses. For Aristotle, directly observable things are real; ideas or as he called them, forms only exist as they express themselves in matter, such as in living things, or in the mind of an observer or artisan.

As this last point suggests, Aristotle's concept of causes was less limited than ours. He distinguished four causes :. Aristotle's emphasis upon causes fundamentally shaped the later development of science by insisting that scientific knowledge, what the Greeks called episteme and the Romans scientia , is knowledge of necessary causes. He and his followers would not accept mere description or prediction as science. In view of this disagreement with Plato, Aristotle established his own school, the Lyceum , which further developed and transmitted his approach to the investigation of nature.

Most characteristic of Aristotle's causes is his final cause, the purpose for which a thing is made. He came to this insight through his biological researches , in which he noted that the organs of animals serve a particular function. Thus Aristotle was one of the most prolific natural philosophers of Antiquity. He made countless observations of the structure and habits of animals , especially those in the sea at Lesbos.

He also made many observations about the large-scale workings of the universe, which led to his development of a comprehensive theory of physics.

For example, he developed a version of the classical theory of the elements earth , water , fire , air , and aether. In his theory, the light elements fire and air have a natural tendency to move away from the center of the universe while the heavy elements earth and water have a natural tendency to move toward the center of the universe, thereby forming a spherical earth.

Since the celestial bodies — that is, the planets and stars — were seen to move in circles, he concluded that they must be made of a fifth element, which he called Aether. Aristotle could point to the falling stone, rising flames, or pouring water to illustrate his theory. His laws of motion emphasized the common observation that friction was an omnipresent phenomenon — that any body in motion would, unless acted upon, come to rest. He also proposed that heavier objects fall faster, and that voids were impossible. Aristotle's successor at the Lyceum was Theophrastus , who wrote valuable books describing plant and animal life.

His works are regarded as the first to put botany and zoology on a systematic footing. He also produced one of the very first works on mineralogy , with descriptions of ores and minerals known to the world at that time. He made some shrewd observations of their properties. For example, he made the first known reference to the phenomenon, now known to be caused by pyroelectricity , that the mineral tourmaline attracts straws and bits of wood when heated.

From both these early texts was to emerge the science of mineralogy , and ultimately geology.

Both authors describe the sources of the minerals they discuss in the various mines exploited in their time, so their works should be regarded not just as early scientific texts, but also important for the history of engineering and the history of technology. Pliny is especially significant because he provides full bibliographic details of the earlier authors and their works he uses and consults.